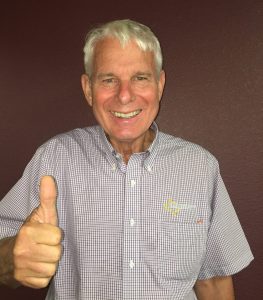 Walter Branson is not your typical business owner, not only does he breathes, sleeps, and thinks about construction 24/7, he is also the first guy on the line to pick up the tools and do the work himself.

With every job that he takes leadership in, Walter Branson puts all his thought and energy into fixing the problem at hand. Whether that is a remodeling job, water damage emergency, carpet stains, or a tree that has fallen on your house, Walter has got you covered.

Walter opened up his very own company, Branson Construction, in 1969 after obtaining several years of experience working with other companies. He has been a well-known member of the Brazosport community and has been living in the area all of his life.

Aside from construction work and his business, Walter Branson has been an avid member of the International Rotary Club, District 5890. He joined the Rotary Club in 1982 and has had perfect attendance ever since. Walter Branson became the president of Brazosport Rotary in 1989 and was on the district committee to improve Mexican/American relations.

In 1983, Optometrist Dr. Tom Pruett, invited the Brazosport Rotary Club and Walter himself to volunteer at the Guerrero Surgery and Education Center in Guerrero, Chihuahua, Mexico.

Ever since both Dr. Pruett and Mr. Walter Branson have maintained and overseen the Guerrero Clinic and Foundation to serve those in need.

Walter Branson is also a member of the Chamber of Commerce, Boys Scouts of America, and St. Michael’s Catholic Church.